“Fred’s meteoric rise began in earnest one evening, when, watching television, he had an idea that would change everything for everyone. That his wild practical joke had the whiff of sense, of justice even, made it all the more plausible.”

In this satire-cum-black-comedy-thriller, Britain is in meltdown: energy shortages, non-existent public services, rampant inequality and millions dead at the hands of a deadly plague caused by plastics pollution – and Fred McVelly, womanising confidante to the drug-addled Premier, Terry Hair, is having the time of his life.

Having masterminded an election victory sold as a rescue package (but in truth a precursor to an elaborate practical joke) Fred is now the quasi-leader of the People’s Republic of Britannia – an eco-fascist nanny state in which each Citizen’s every move is regulated and recorded, plastic surgery is prescribed as medicine, and having a drink on the wrong day can mean getting banged up. Parliament and the Monarchy are long gone.

When an anonymous terrorist resurfaces, calling for revolution, Fred hatches a plan to demonstrate the government ‘winning the battle for hearts and minds.’ But when he chooses heavy-drinking Pontiff for his latest ruse, things threaten to fall apart.

For Pontiff, everything’s being going wrong since he came south of the border. And now, fresh out of a LifeManagement4Life Institute, he finds he’s a tabloid sensation. Exasperated by the nation’s collective idiocy and engaged in a spot of terrorism himself, he’s in no mood to play along.

Forced to go on the run from the crackpot resistance movement, he, like everyone, wants to know: just who is Ockham, the anonymous literary terrorist and public enemy number one?

As a raft of hilarious and grotesque characters discover they are connected in ways they didn’t imagine, all are united in one thing: the battle to stay alive. Deadly serious and a lot of fun, fans of Orwell, Vonnegut and Phillip K. Dick will find much to enjoy here. This is the novel for our bizarre times. 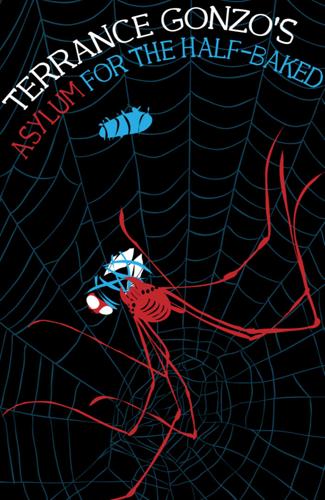 “A dose of bad luck, half-formed sketches of events, gleaned from people who probably shouldn’t have been there, who may even regret ever having had met me.”

Mainly because they, like him, inhabit worlds that straddle the comic, the tragic, the absurd.

It helped that his time at the Asylum for the Half-Baked coincided with so many of them.

In this blackly comic collection of vignettes, snapshots, skewed poetry and straight up stories Gonzo recounts their tales of doomed romance, unwanted pregnancies, revelations at weddings, damaged political careers, bad taste art, misunderstood chivalry, and how to deal with a fly invasion.

Leaning stylistically on Brautigan and Burroughs, Gonzo’s brutalist writing inhabits the minds of a cast of half-baked people, struggling to impose how they’d like things to be.

The Asylum for the Half-Baked:

Where heartbreak and brutal comedy go hand in hand

And frailty and longing are greased with gallows humour. 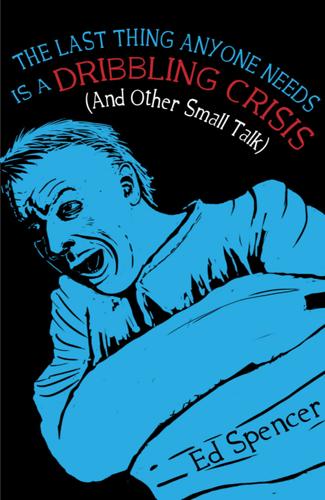 For Ed Spencer, life is a black comedy. Whether at home, out and about, or further afield, absurdity stalks him like a demented wolf.

In this blackly comic collection of thoughts, observations and things that probably shouldn’t have happened, expect the humdrum and the downright unusual, from Kafka-esque trips to the doctor, unwanted chivalry and bad breath, to overcoming a curse, and a life on the run from the murderous twitterati.

Ranging from the ridiculous to the painful, these Brautigan-inspired snapshots cover also the etiquette for interrupting a suicide, choosing the right post box, the impact of mushrooms on love, and how things turn out if your mother’s a vegetarian in a tribe of cannibals.

Challenged to create a collection for the modern age – dwindling attention spans and all – these varied pieces are perfect to read in doses, on the bus, in a doctor’s surgery, or waiting for your Tinder date to show up.

If you like laughing at the darker aspects of life, these are the stories for you.